How Do Today's Vehicle Industries Utilize the Potential of Electric Motors

How Do Today's Vehicle Industries Utilize the Potential of Electric Motors 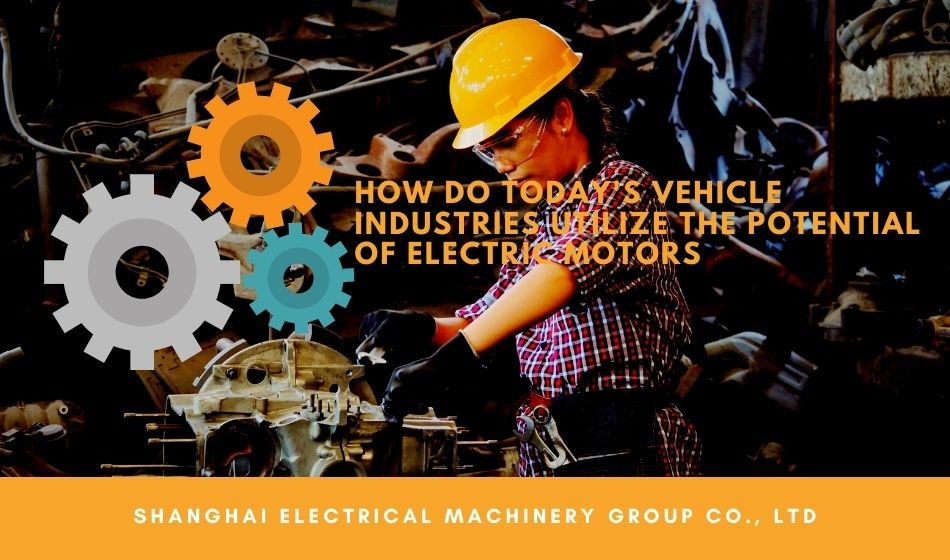 Electric cars all around the world are starting to opt for newer and more advanced ways of motor handling as different electric motors are providing a variable amount of energy to the vehicles. If w talk about the different parts of the world, then it's essential to know that electric motor manufacturers in China are providing an extensive range of motors to the local car manufacturers and well as the international automobile magnates that have helped the rapid production and advancement of the electric car spectrum.

Potential of the Electric Motors

The notable fact is that the cars that we see on the roads today are yet to channelize the entire potential of the electric motors that are powering them. The manufacturers are in a constant struggle to minimize the energy wastage that we often see in the case of traditional cars, and it is gradually decreasing as more electric cars make their way, and the technology thrives in the new and more advanced stages of development. Electric motor technology has been becoming mainstream as it has been used in the manufacturing process of different viper systems, power windows, and other important components of different automobiles.

The modern face of the vehicles, including the SUVs and heavyweight trucks, are also shifting to get a chunk out of the electric motor ecosystem to enhance the overall performance and conserve the energy used in the process of extensive power generation. Modern vehicles are a mix of electric and mechanical hardware; hence the power between the two systems is often shared. The primary example of this can be found in the functionality of the classic and modernized versions of the hybrids that we have today. The automobile makers are looking towards an all-electric future of vehicles to conserve energy and to minimize the reliance on hazardous fossil fuels. Electric motors have been becoming more powerful, so they can power a considerable amount of electric vehicles and their respective components.

There are basically two types of electric motors that are mainly used to power a vehicle, namely asynchronous and synchronous motors.

It functions when a rotor is pulled into a spin while in a continuous struggle to get the pace with the rotating magnetic field produced by the stator. The asynchronous motor is high-powered and is typically used in vehicles that are designed to achieve a greater amount of torque.

The motor utilizes a rotor that turns at a similar speed as the magnetic field. It helps in producing high torque at low speed, making it a suitable choice for vehicles that are designed by keeping city life in mind. The biggest benefit that comes with the synchronous motor is the size and weight that helps it to be compact, resulting in less weight and occupies lesser space which means it can be installed in compact cars and SUVs. The dynamics of the modern electric car, such as the Tesla and the Audi offerings, thrive on this technology as it helps the car manufacturers to maintain the bodyweight of a vehicle.

It is important to know that the car you are driving works on alternate current, but it's not that simple after all. The car functioning on the alternate current means that the battery powering the car is working on the dynamics of direct current (DC). The conversion of AC into DC from different sources is needed to power up your vehicle.  The power that is received from the grid station is the alternate current, but the onboard charger in your car converts the AC into the DC. The powertrain in your car later converts the energy from DC to AC for the electric motors. The induction of fast charging the cars have also helped to increase the withstanding capacity of the electric motors, and it is anticipated that more power will help to increase the power production in terms of different electric powered components that use the energy of different electric motors.

The Output of Electric Motors

The output of an electric car directly depends on the power that is provided by the electric motor. The bigger motor means that it would generate a greater amount of torque, but with the introduction of the synchronous motor, this has been changing as compact, and lightweight motors are providing a great amount of power to electric-powered vehicles. The modern hybrid models of electric-powered cars are using advanced means of power production as the energy used is shared between the electric and traditional means; hence the power output that is gained is often balanced. It has also helped the electric car makers to rely on different small-sized motors with an output that is one of its kind.

Electric Motors and the Future

The future of electric motors seems bright as car manufacturers are shifting their focus towards becoming self-sufficient in the production of electric motors that are not only smaller in size but are universally produced to favor the speed and design of different electric and traditional vehicles. The emerging range of plug-in hybrids is also proof that the future in the electric car industry calls for smaller electric motors that would function by using the shared energy that is provided by the battery powering the entire ecosystem.

It is safe to say that the evolution of electric motors will erupt the production of more electric-powered vehicles, but the problem that stays intact right now is the limitations of range in an electric vehicle. It would take some years for the vehicle manufacturers to figure out a way to knock out the gasoline-powered vehicles in terms of speed and range. The modern face of electric motors is set to power more components in the vehicles of the future, and it is anticipated that the manufacturers will be able to use the advanced and enhance technology to make a lasting impact in the traditional and electric-powered vehicles in the years to come.